The Newbury team have been busy progressing structural engineering appraisals and designs on both historic and new buildings, including St. Thomas’ Church Hall, Hermitage Village Hall and industrial and office buildings in New Greenham Park.

Meanwhile Neil Grinham has recently donned his shorts to complete a 30-mile ride with Axis Architecture in support of The Elizabeth Foundation.  All money raised goes towards helping preschool deaf children learn to listen and talk. We are very pleased that Neil has been able to contribute somewhat to this great cause.

Following a recent review of our archives, Jon Rains happened across several feasibility studies undertaken by Archibald Shaw in the ‘60s and ‘70s. One in particular may be of interest.

Seadrome, a floating airport, was proposed to be located just north of the Thames Estuary off the coast of Maplin Sands, Foulness. Our report for Shell International dated August 1969, included budget costs which now seem rather quaint. For example, labour was priced at £10 per man day, and concrete was £5, four shillings and sixpence per cubic yard. It was also estimated that the floating pavement of some 5 million square yards would take some two years to construct.

Its’ no doubt a flight of fancy to think the idea of a Seadrome will be resurrected sometime soon. 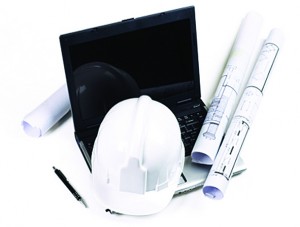 Some interesting projects for the South East Reserve Forces and Cadets Association [SERFCA] have got underway. One of which is a new aircraft hangar for a site in Gloucestershire. We are currently finessing elements of detailed design for the hanger and associated works, and are looking forward to moving forward a number of other projects for The Association.

Our work in the residential housing sector, creating designs for both home owners and house builders continues to grow. Predominantly we are currently progressing with foundation and superstructure designs. Occasionally our civil engineering team advise and/or design flood mitigation measures to ensure developments and local areas do not suffer a consequential increased risk of flooding. Designed sensitively, such schemes can yield significant environmental benefits beyond flood mitigation.

Hereford’s ‘The Old Market Shopping Centre’ had an urgent requirement for a Christmas tree. To avoid disturbing recently laid paving and subterranean services the 10m high tree is supported by a removable base which ensures the trees will remain safe even in ‘hurricane’ force winds. 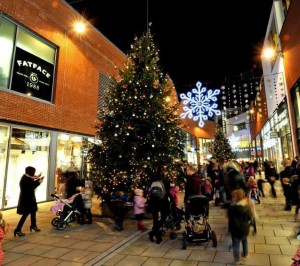