Well, it is fair to say it has been an eventful 12 months. Nevertheless, I am pleased to say that during this period we have seen completion of a number of sizeable projects and our client base is also reasonably active. Perhaps in times like these we turn more to those who can provide a reliably good service with honesty and integrity.

Below is a summary of our recent activity which may be of interest to you.

A new 9.5m diameter cut and fill tunnel for Lafarge’s South Wales Aberthaw quarry was completed earlier in the year. This has given access to new mineral reserves that should keep the quarry running for the next 100 years or so. Archibald Shaw undertook the design and contract documents and acted as engineer throughout the Contract. 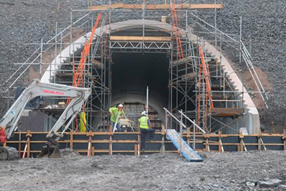 The renovation and re-landscaping of Little London car park Chichester has been completed. The works include high quality York Stone paving, soft landscaping as well as a new wearing course for the revised lower car park. Archibald Shaw acted as design engineer and contract engineer throughout the works. 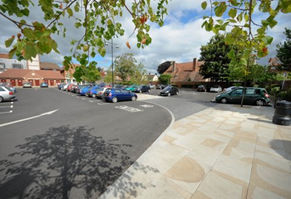 A replacement crossing over the River Arun has been designed for the Duke of Norfolk’s estate. This 3 span bridge offers a six fold increase in load capacity over the existing structure without increasing additional dead load on existing cast iron piers. The works have recently been awarded to BAM Nuttall. Completion of the crossing is anticipated in March 2010.

Meadway SEN School in Reading was recently completed with an awarded BREEAM excellent rating. The buildings had a mixed structural form of reinforced concrete and steel which helped towards increasing the thermal mass of certain areas so reducing future heating costs. The Contractor on this £17m D & B project was Willmott Dixon. 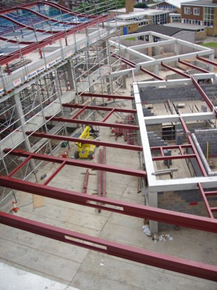 Bettridge School in Cheltenham was another SEN project [£17m] where Archibald Shaw worked with Gloucestershire County Council and Leadbitter in the provision of civil and structural engineering design. These works were designed to be phased to allow continual operation of the school during construction of the new development works.

A new science block [£3m] at Bradfield College, Reading is currently under construction. This scheme is likely to be awarded an excellent BREEAM rating, partly for the inclusion of water recycling and attenuation ponds.

Holy Cross School – Performing Arts Building in Kingston-upon-Thames. This structure sits partially beneath landscaping and incorporates a green roof in order to fit more comfortably into the local topography.

Whilst we continue to support large builders such as Taylor Wimpey and ROK, activity this past year for such clients has been fairly slow; consistent with the national trend. This is in contrast to smaller building companies, developers and private clients who are still reasonably active, and continue to offer Archibald Shaw repeat business in this field. One such project, Rabley Barn in Wiltshire, was recently featured on Channel 4’s Grand Designs.

Archibald Shaw are continuing to support many clients with advice on how to sensitively maintain and repair historic buildings. Our Newbury office has been especially active in producing such advice to English Heritage as part of a 5 year framework agreement. Such buildings have included Osborne House, Peveril Castle and Elvin Chapel. 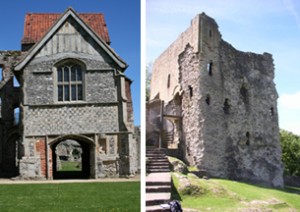 Blue Diamond’s prestigious new garden centre at Le Friquet [£13m] in Guernsey was opened in September 2009. Archibald Shaw provided civil engineering design and support with McCathie Associates, an on island civil and structural engineering practice. A significant constraint to this development was a high water table and severe flow constraints on the downstream douits [watercourses]. 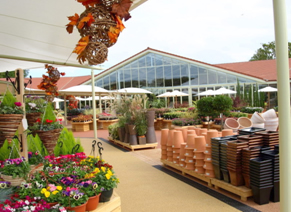 In February 2009 Larry Jupp climbed Mount Kilimanjaro, the highest free standing mountain in the world. He successfully summitted at Uhuru Peak on 7 February at 5,895m (19,200ft) above sea level.

“We began the trek at 1,800m in a tropical rain forest in humid conditions at about 35°c. The climb of over 4,000m took us above the tree line though volcanic plain/desert and steep rocky paths. In changing weather conditions of hot sun to rain then blizzards we reached the tip of the glacial ice capped mountain at a temperature of -15°c”.

Larry would like to thank all of those friends, family and business associates who by sponsorship helped to raise £5,000 for Macmillan Cancer Support. 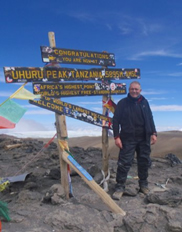 I do hope this brief update will give you a feel for the type of projects we undertake. Whether it be a small or large project, every client is important to us. It is part of our culture that has served our clients well since our inception in 1960.